I managed to convince my friends Melih and Derya to cycle with me on weekend. They suggested Volendam and we chose Sunday. I went to their place in North-Amsterdam at 11 in morning. I had my bike parked at their place so I didn’t had to cycle.

We left their apartment at 1 PM, bought some stuff to eat and drink from nearby store and started our journey. We chose the following route 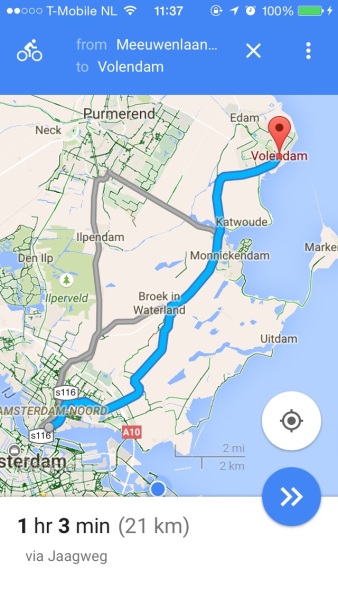 Honestly, first 30 minutes were boring because we were cycling in neighbourhoods of North Amsterdam but after sometime, scenery stared to change drastically and we found ourselves in lush green fields of Broek in Waterland. That’s when I actually I started taking pictures. 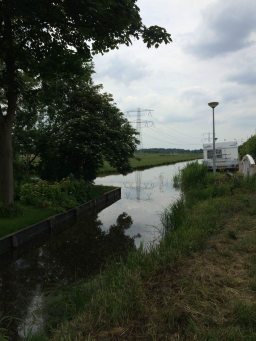 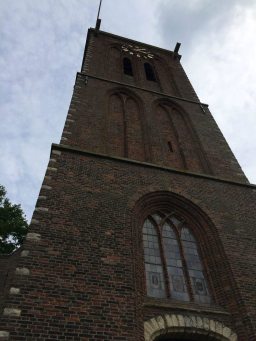 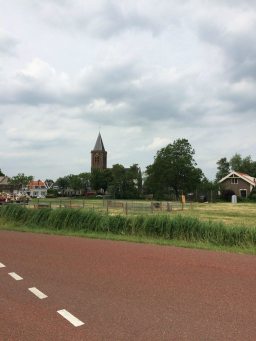 At that time, weather was very cloudy but still warm. We stopped at one place to take pictures of cows and greenery 🙂 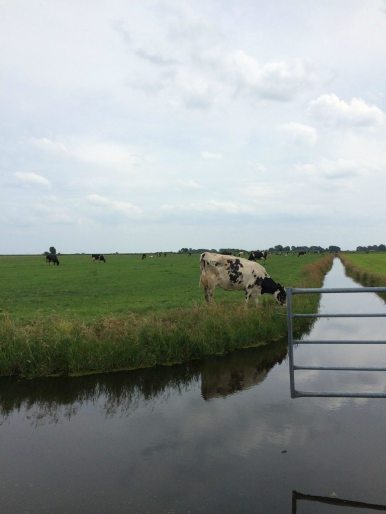 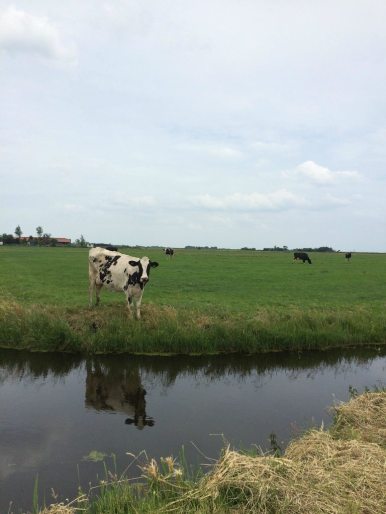 We started cycling again and came across another nice green place, we decided to stop and eat and drink. We ate crossiants and drank juice. There we saw some a lot of vintage cars driving with middle-aged people. We cheered for them by waving our hands. We assumed that it was some sort of rally of vintage cars. Going forward, we found another nice place next to lake and we decided to sit there and feed the ducks. 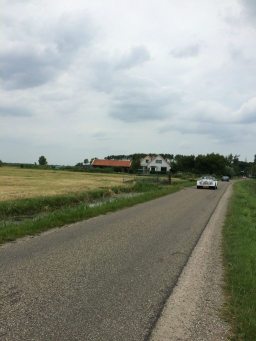 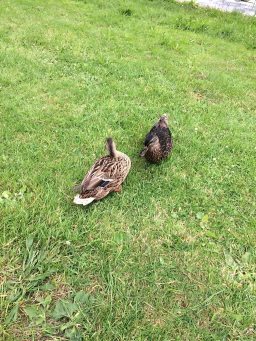 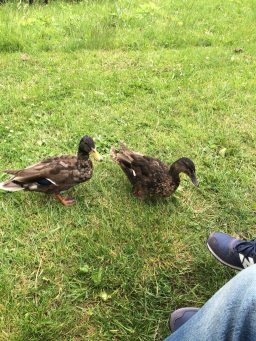 We cycled again, and on the way, we took selfies with some bike racers. 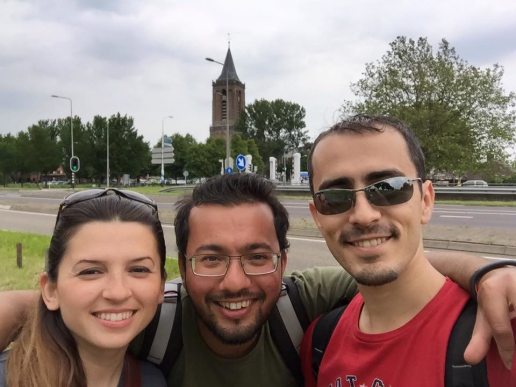 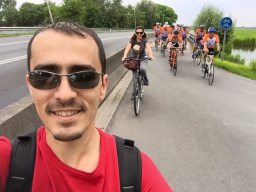 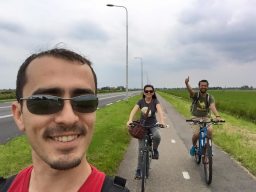 Further down the way, we came across this awesome bridge 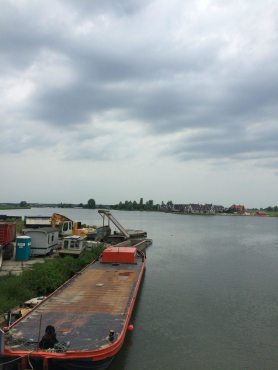 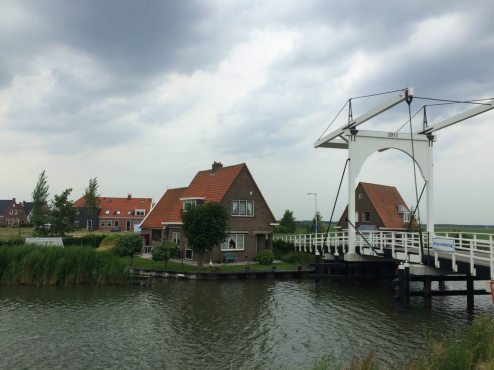 Another 2 kilometres, and we started to see parts of Volendam. As it turned out, there was some huge festival going there, it was so crowded that we had to make our way while walking. We spent sometime next to beach and there we saw Cat chasing Mouse, it was awesome.

Then we went to this restaurant where Melih and Derya have been previously and we ordered fish, a lot of fish. I ordered Irish beer with fish and it was awesome. It started to rain and we were lucky to find place as it was very crowded. As you can guess, I was so hungry that I didn’t even took pictures. We got the food and started eating and didn’t picture. But you can have my word, it was awesome.

After eating and walking around for sometime. We decided to cycle back, but that time sky was clear and cloud were almost gone. We took some pictures 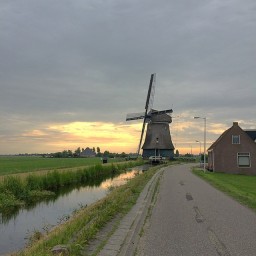 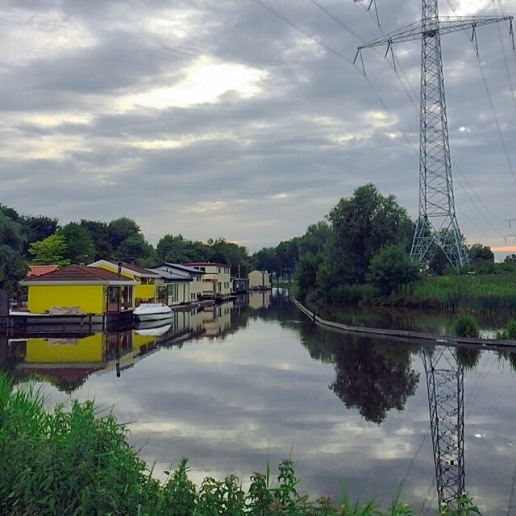 We cycled back without taking too many pictures as we were really tired, and I went back to Melih and Derya’s place, we had tea with cake. I rested a bit and then cycled back to home.