Last night, we only slept a few hours and next morning, me and Melih went to get breakfast on a hill. Derya went on to boat tour with bride, groom and a few more guests.

We took the bus and then after a few stop, got off the bus and walked. After reaching the top of hill, there was a restaurant which was really expensive. We decided to go down as there was another one and grab breakfast there instead. So we walked down and enjoyed some views. For breakfast, we had toast, coffee and Turkish tea, 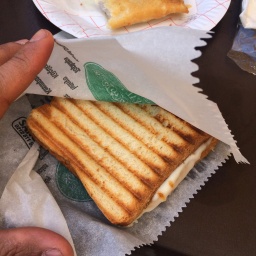 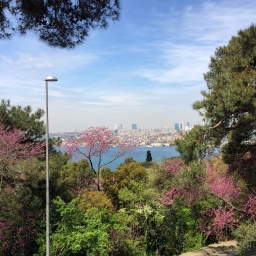 Then we walked back to Derya’s apartment and Melih ran some errands. Then Melih and Derya met again as they had to attend another part of wedding. I decided to walk on beach from there to my hotel. Weather was sunny at the time I started walk. To be honest, sunshine was the only thing I enjoyed about the walk. I never liked beaches, they are full of people, crowded. I walked with my headphones on and then sat on rocks at a place where there were not too many people around.

Then Melih called me and we met again, and we together with Derya and her sister, we went to eat Pilav. It was awesome

Melih wanted to eat ice cream from one certain shop, which was a bit far from our current position. It started to drizzle, so Derya and her sister went back to apartment and me and Melih went to get the ice cream, we decided to take Metro and man metro station was so crowded 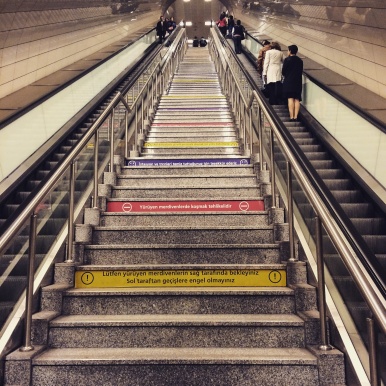 After sometime, we were there and had ice cream, I got the chocolate, lemon and melon flavored. I don’t usually like ice cream but that one was really good. 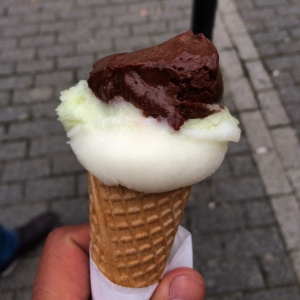 The neighborhood was not very lively, so we decided to go back to Uskudar, as we were walking towards Metro station, Melih show me a school with name “Kemal AtaTurk”, I told him previously that my first school name was the same. Funny how things happen, I never could have imagined that I will visit Turkey 3-4 years ago.

Anyway, we went to Metro, and then went to a shopping mall to buy Lokum, for ourselves and friends. Lokum is a family of confections based on a gel of starch and sugar and they are awesome. By that time, we were really tired and wanted to sleep. We decided to eat something before leaving and that’s when pregnant patates come in.

In Turkish, patates means potatoes. So the meal we tried was a huge baked potato inside of which you can have multiple salads stuffed. It was really tasty and nice. Here is a picture

I couldn’t finish the whole thing. After that, we went back to our places. I walked in a different direction and Melih took the bus. I felt like walking in my own city.