So staying in hostel, let me rephrase staying in that particular hostel wasn’t the best decision. I couldn’t sleep last night properly because either old guy was coughing, weird guy was snoring, or two young guys were talking or the romantic couple was having sex.

I woke up early and got the hell out of there. Went to Starbucks, had coffee, cookie and juice. Later went to ATM, withdraw money and went back to hostel. Paid them rent and checkout. From there, I went to return bike at the rental place.

After returning, I wasn’t sure what I was going to do. I decided to attend anther walking tour but before that I wanted to try the pizza I had with food tour. I couldn’t remember the exact place so I was walking in streets for 45 minutes to locate the place. After a whole, I found the place.

Went in there and ordered pizza and lemonade. Then I saw two girls sitting from yesterday’s tour. We said hi and had a discussion around Pakistan and their studies.

They also wanted to go to the tour, so I suggested we can go together. We had an hour or so to kill before tour starts so we walked around and we were asked about weather in Warsaw by some TV channel

When we reached the place and checked the schedule again, it turned out it was 3 hours ago. This is where the fun part began. We invented a new thing/dance called Kangaroo/Penguin jump. We did some jumping there and moved forward. On the way, we did more crazy things

On the way, we came across Mermaid of Warsaw which is a symbol of Warsaw. We decided we’re gonna climb there and have a selfie. Here we are 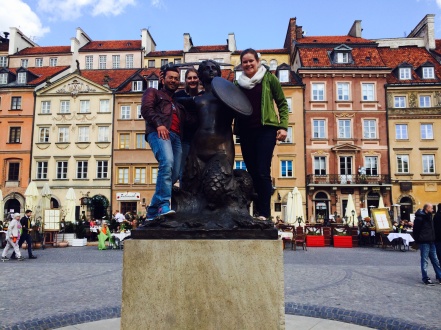 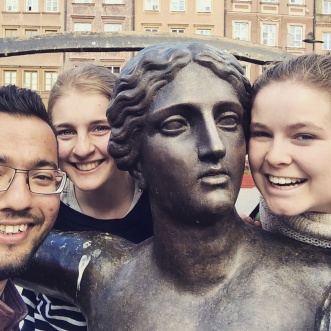 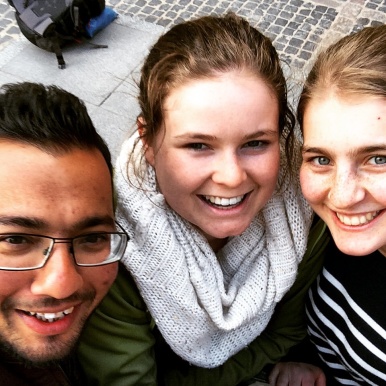 Us after jumping around the bell 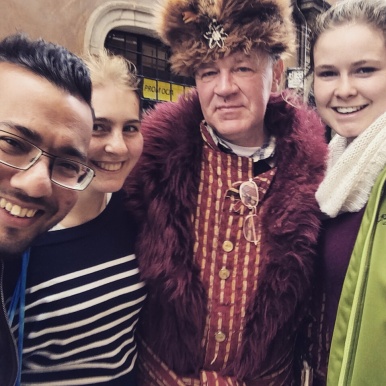 We found a guy with epic clothes outside a restaurant, we decided to have a picture with him

We decided to go somewhere where I was yesterday, we sat on a wall, ate cookies and nuts. After that we walked and there came a slop, those energetic ladies decided to roll down the slope :D.

After that we went to another direction and there was a fountain there, and getting inside fountain was forbidden, so as a law-abiding citizens, we took our shoes and jumped in. Only after a few seconds, guard started to shout at us and we had to go out. From there, we went on and ended up in a children’s park. That was awesome, we ride everything there 😀 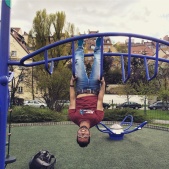 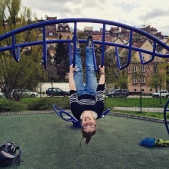 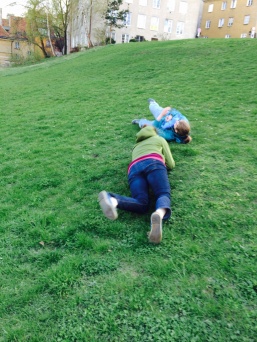 After spending quite sometime in park, we played Frisbee for quite sometime. At this point we were tired and dehydrated, so we went to small cafe and had juice and ice cream. There we decide we might as well grab dinner together. But first they had shoes to buy so we went to market and got the shoes.

After shopping, we went to a restaurant called Radio Cafe and ate the following things, I don’t remember the names but they were awesome. 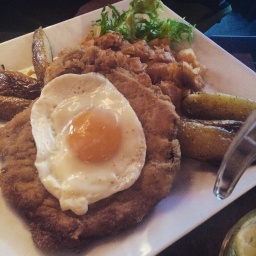 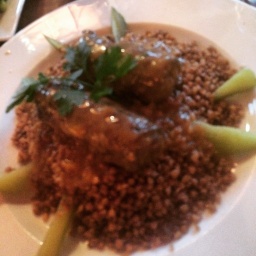 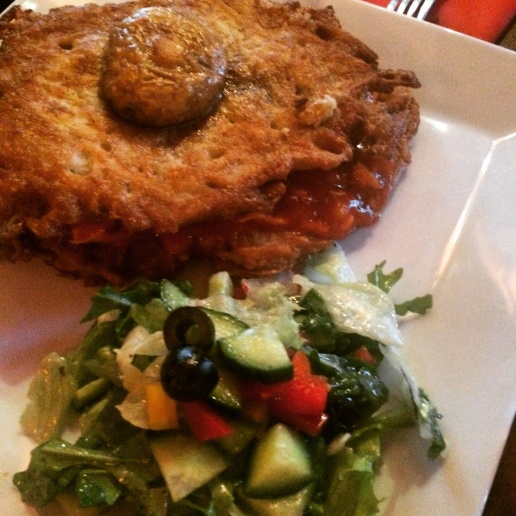 After dinner, we played a really crazy, funny and awesome game and then decided to go out as it was time for their train and my bus. We went to super market to get some stuff to eat. Later, we spent sometime in station and it was their train’s time. We had good-bye hug and they went to train station and I went to bus station.

It turned out bus was late. So I went back in station and I waited, but I missed the bus. I called the number and they told me that I can get bus from another station so I got into the cab and went there and got the bus from there. The bus was like a torture, so small seats that you can’t even stretch your legs.

All in all, last day in Warsaw was really cool and quite memorable 🙂