Today I had plans to hike to Sv. Jure, second highest peak of Croatia. I’ve been advised by the guy we met in Dubrovnik to be really careful because of wind and how there are always rescue operations over there all the year.

Before booking apartment, my host told me same and this morning she texted me that today is not the best day for hike. Peak is only 1800 meters high, So why all this fuzz? First, this mountain is right next to coast. So wind was so brutal that it can push you away. You have hard time standing straight let alone walking on a trail. Second, it’s next to sea so the prominence of the mountain is same as its height. But I had set my mind to go for it. I woke up 7:30 in morning and went to balcony and view was brilliant

Then Felix woke up and we got ready, he had plans to rent a car and drive to Split. We went down the hill and I bought fruits and water. Then we grabbed coffee at a cafe and I grabbed a chocolate croissant. He went to rent car and I started my hike literally from sea level.

In 10 minutes, I was done. I was practically done. I couldn’t walk against the winds that were pushing me away while I tried to walk slopes of 30-45 degrees. Worst part, I wasn’t even at my Apartment. It’s less than a kilometer we’re talking here and I had an even tougher journey of 12 kilometers ahead of me.

Instead of giving up, I summoned the runner demon of mine and kept going. After another kilometer or two, I reached the village Makar. There wind was terrible and I felt like giving up again. But I decided to hike to Vošac instead of Sv. Jure. I wasn’t sure that I can make it there, but I went anyway. Some pictures, 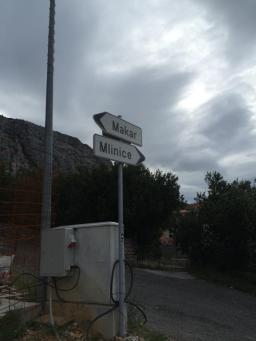 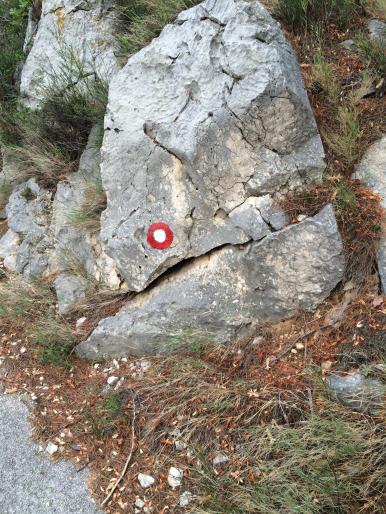 After another kilometer, I stopped to eat apples and I saw two climbers coming, I was so happy to see them. They were two Polish woman who didn’t speak English. We started hiking together but didn’t talked much. We stopped after another kilometer and I asked them if they want me to take picture of them to which she responded very rudely. That was it for me. I continue my hike at a rather faster pace leaving them behind. 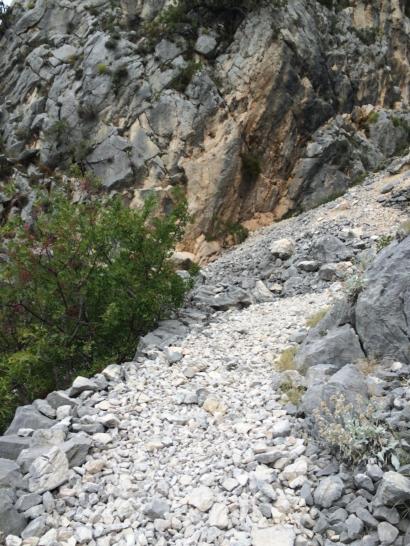 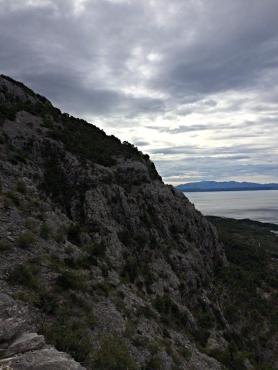 Another 500-700 meters, I came across a group of Swedish climbers with a Croatian guide. They offered me almonds, figs and chocolate cookies. They were very friendly and I decided to hike along with them. I talked to guide about mountains and other people throughout the hike. I also took several pics on the way 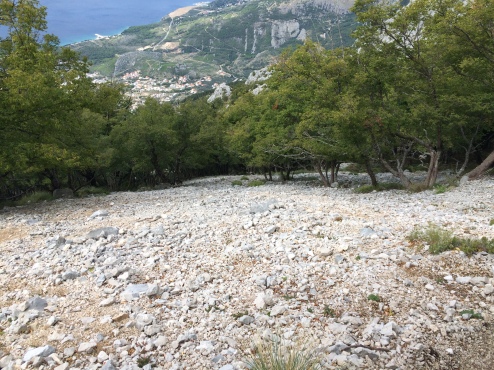 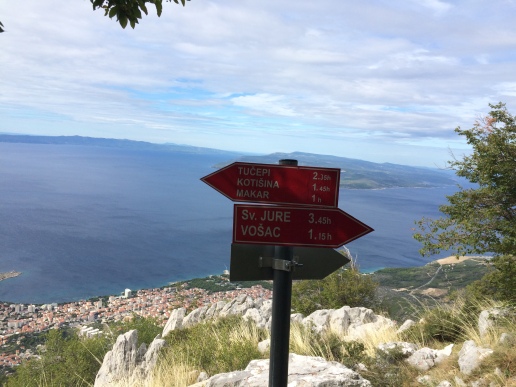 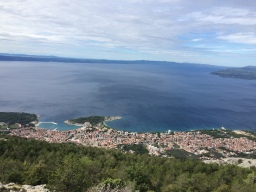 During the hike, we stopped another place to eat some fruits and snack. After 3 hours of hike, we came across a pass where wind was unbearable. But guide told us that it’s only around for 200 meters and then it gets lighter so we should continue to peak and we did.

After another 30 minutes of tough hike in brutal wind, we made it on the peak. So satisfying! Wind was brutal there. I took some pictures and one selfie there,

After that, I sat there for 15 minutes and enjoyed the peace that mountains has to offer. Swedish climbers decided to go back. Later, I continue the journey as it was another 2.5 hours of walk. On the way, I met climbers again, said good-bye to them and I continued. It was very tough getting back down, I’d stop to drink water and take pictures from time to time. At one point, I fell and got bruises on my legs or shall I call them trophies instead of bruises. 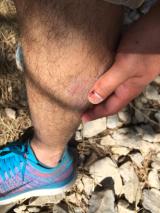 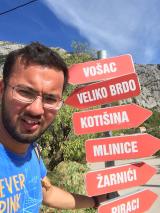 After a long walk back down the path, I finally, I made it back to village Makar and then to my apartment at 15:30. I was so tired, I took shower and sat in a sunny balcony.

Then I decided to go to town to eat something. Another kilometer of walk down the slope and I was at beach, looked around but all I could see was Pizza places. I wanted to eat fish. I walked around and found a place. I ordered fresh lemon juice, grilled Tuna and friend vegetables

I was full after eating that all and so sleepy. I walked back to apartment and got there after quite some effort. It was evening and sun was about to sat. I sat in balcony and saw the sun set behind mountains 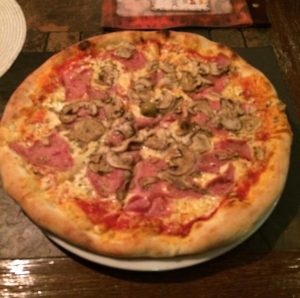 Felix came back from his trip to Split and I decided to take power nap. That power nap turned out to be 1 hours long and I woke up damn tired. I decided to sleep again.

Felix also took a power nap at that time. At 21:00, we woke up and drove to bus station to get tickets, got the tickets and went to a nearby pizza shop and had a really awesome pizzas.

Then we decided to drive around the neighboring cities to find dark spots to see stars and mountains in moonlight. Found one and I did some night photography

After that, we came back home and I was so tired that I decided to sleep again. That’s how a very tiring, adventurous and fulfilling day came to end.