I woke up in the morning and saw that my host was not in apartment. I left a message that I am checking out and decided to leave without having to meet him.

I was about to leave, when he came back. He insisted that he make breakfast for me. I said just coffee will do. But he made noodles as well. We talked again, but this time he was light about it. He was a Romanian guy, who lived in Spain and now in Belgium and became Muslim a few years ago. He turned out to be a friendly guy, still very weird. Let me say, he was borderline psycho. Anyway, I left his apartment at 11:30 or something. It was sunny outside, 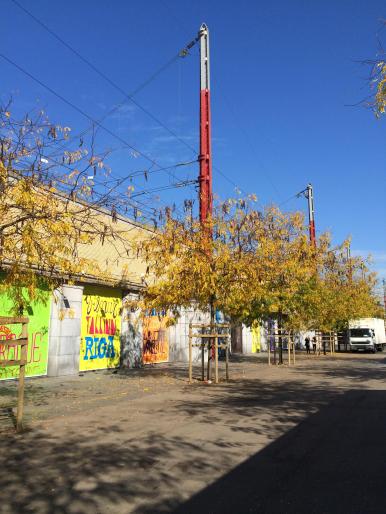 Last night, I was too tired to observe much but I knew that it was a different neighborhood. In the morning, it turned out to be Arabic neighborhood. Even the shop boards were in Arabic and a lot of Habibis and Habibtees walking on the street :D.

Anyway, I took the metro and got off at the main station again and decided to go to Menneken Piss, because hey why not? I again went through a very Arabic neighborhood. After quite some walk I managed to reach the Menneken Piss. It was a huge huge huge disappointment. The size of the monument is small. They were dressing the monument and people trying to take selfies and pictures with that, humanity failed! If you don’t know about Menneken Piss, It is a landmark small bronze sculpture (61 cm) in Brussels, depicting a naked little boy urinating into a fountain’s basin.

From there, I went to see Grand Palace, the square was just like Dam Square in Amsterdam. The thing about Brussels, it’s a overcrowded city with smell of piss everywhere, they have those open Pissua like Amsterdam where man can go and urinate and they are a big source of smell piss. Yikes! 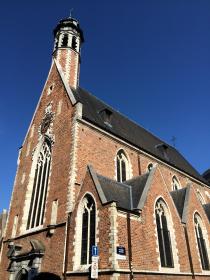 After spending sometime there, I then went to eat Belgian fries, let’s just say that I had better in Amsterdam.  Then I walked around in city center and ended up in a very busy shopping street. From there I bought chocolates for friends and then decided to go back station, it was 15:00 at that time. I few pictures I took,

Then I went to station and spent 2 hours sitting there and listening music. After that, I got my backpack from storage and went to metro station to get to the bus stop from where I was supposed to get the bus to Amsterdam. On the metro station, I had a chat with a very sweet Slovenian girl. I got into Metro, got off at the station and spent another 45 minutes at Starbucks while eating carrot cake with Cappuccino. It was sunset timing.

Then got into bus and bus left at 19:30. I realized that I was going back home, it was exciting but sad at the same time. But I was going back home a happy person, with a lot of joy and happiness and hope and energy. All that I got from the people who I met on the journey, whom I call friends and family now!