So this morning, I woke fresh without alarm at 7:00. That’s because of the beautiful sound of water stream from outside. That’s the view out of my balcony and picture of house from outside 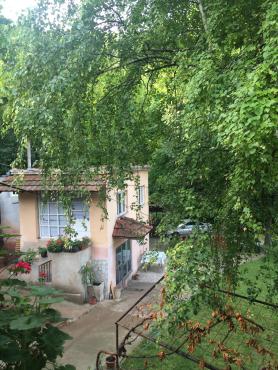 A morning in Niska Banja

A morning in Niska Banja

Took shower and went downstairs for breakfast. Aunt Biljana (My host, and yes she’s my aunt now :)) had arranged many things for breakfast like croissant, bread, salami, yogurt, milk, cheese. She also prepared coffee with me and I had my breakfast with 10 cats 🙂 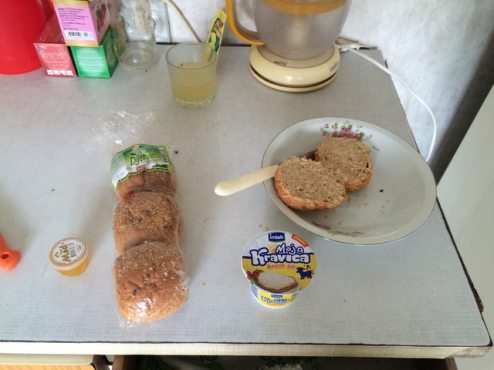 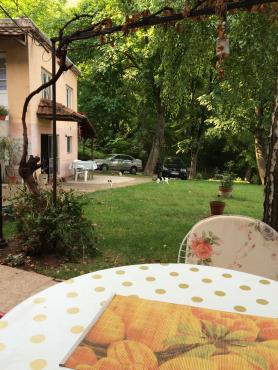 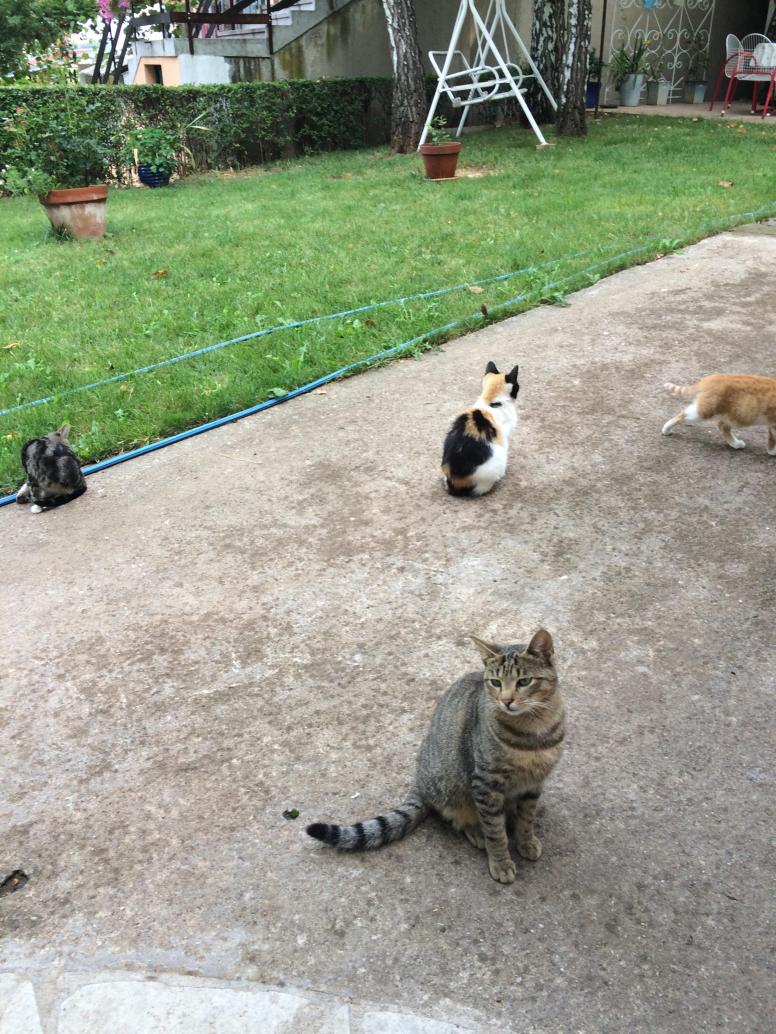 I packed my bag after that we were ready to go. Aunt Biljana gave me fresh peaches and tap water in two bottles for the hike. Before I started the journey, we took pictures of us 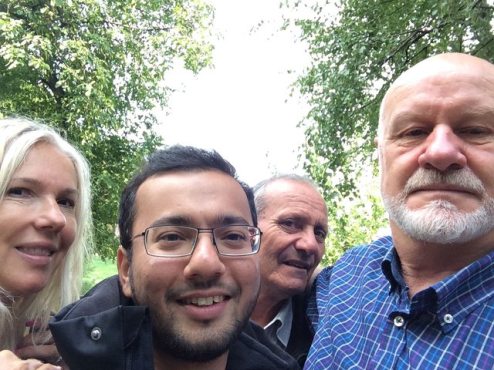 Uncle Alek (my host and now my uncle :)) drove me to Bojanine Vode which is the starting point of trail to Suva Planina. We started drive at 10:00 and we got there at 10:30. We stopped the car at several places to see interesting places. The road reminded me North Pakistan. Some pictures, 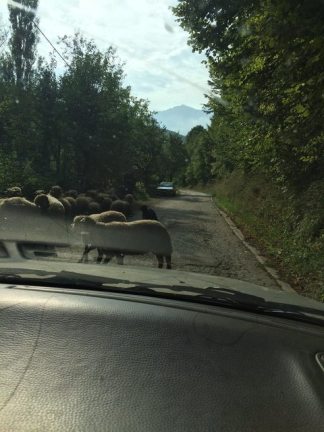 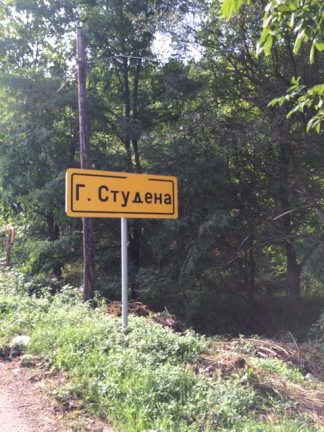 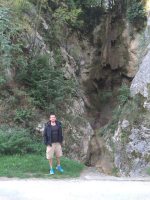 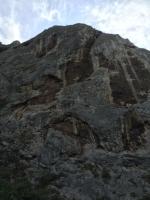 We were there at 10:30. We checked the map. Uncle Alek took pictures of me, wished me good luck and asked me to call him an hour before I am back here so he can pick me from here. Here are some pictures from starting point. 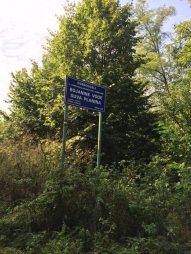 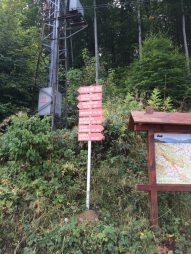 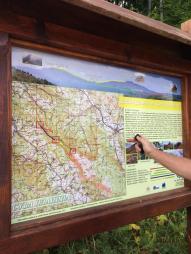 I started hiking and taking picture on the way, first kilometer was fine but I started to feel warm and I took off my jacket. Some pictures, 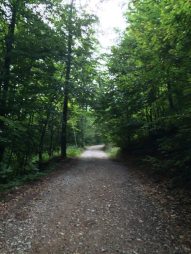 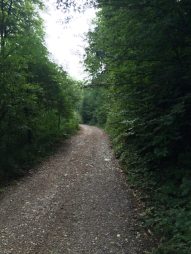 After hiking for half an hour, I entered the forest and it was very thick. At the start of forest, there is a very small stream of water if someone wanna fill their water bottles. Forest is full of beautiful views, specially the fallen red leave on the ground, they are such a joy to see. Trail was also narrow and for some reason it made it look more beautiful. Some pictures of forest 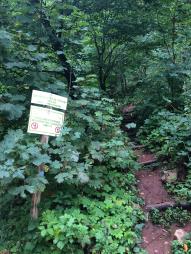 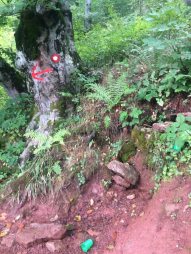 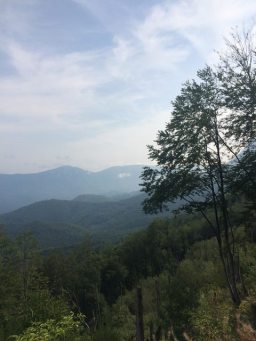 I hiked further and entered woods again. It was wonderful there but a bit dangerous as the path was steep, if I skip one step, it will take me a few seconds before I hit a rock or tree. Some pictures, 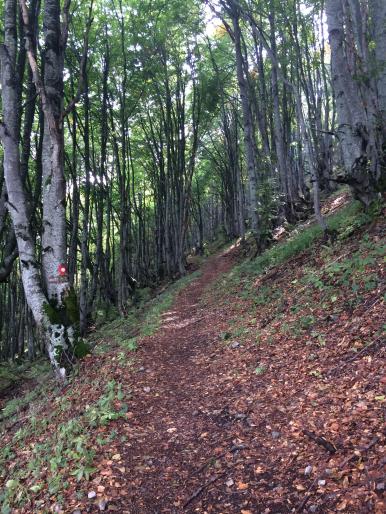 Another 15 mins of hike there and I came across a steep place that will lead me out of forest and guess what? The exit is a place called Devojački Grob which means Little girl’s grave. I don’t really know the story behind that. From this point, two of the peaks of the Mountain Suva are visible. On your left, is Trem, the highest peak and on right is Kameh. From there hiking to both peaks is one and a half hour but Trem is more steep and demanding. Some pictures from that place

From there I started hike to Trem. It was very tough and I was running short on water. Every 400-500 meters, I’d stop to eat the peaches and take pictures. I applied the same technique to get me going that I used to apply when I started running. Find a target, and tell myself that lets just walk/run until that target and then I’ll stop. Once you get to the target, you find that you still have some energy left and you extend your goal. Anyway, some of the pictures on the way to summit. 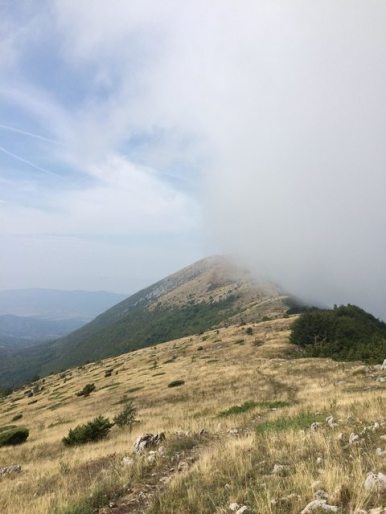 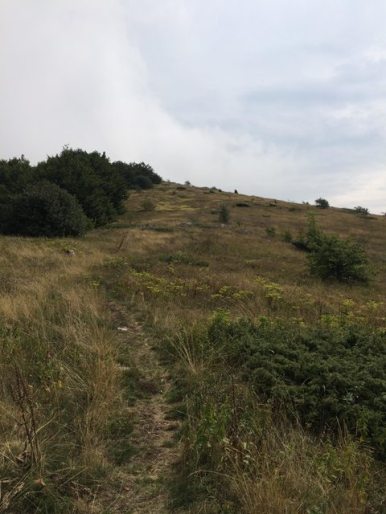 After 1 hour and 45 minutes of tough hiking, I made it to the peak. It was the same feeling as finishing a run, even magnified. I stood there in complete awe as I looked around, no one around you in kilometers. Just you and the nature. It was such a soothing feeling. I felt so emotional that tears came out of my eyes. I sat there and ate the croissant and took some pictures and timelapses. 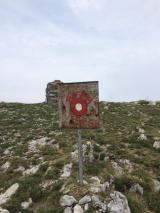 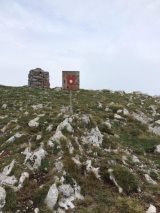 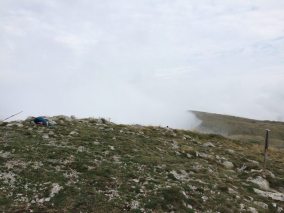 At the summit, there was a stone which is like marking point of summit. Like other climbers, I engraved my name there with the another rock. What I wrote was “Abdullah was here” :). Here is a picture of stone and me at the sign board.

After that, I decided to go back as there were cloud coming in and wind was blowing fast and making sounds. Descent is always easier but I had to be careful because I was in my running shoes and I didn’t wanted slip from the edge. Even then I fell two times on the trail. After reaching the Devojački Grob. I sat again to get some rest. I was out of water long time ago already so decided not to waste time anymore. I expected the return time to place where uncle Alek was supposed to pick me would take anther 45 minutes, so I call him and told him that I’ll be there in 45 minutes.

I started hiking again and didn’t stop too much, in fact, I started running down the trail as it was fun. Later it turned out to be a terrible idea but enjoyed it so no regrets. Even with running it took me 55 minutes back to place. On the way back I came across the same stream. I filled my stomach with water. It felt like the best water I ever drank.

After really fast hiking and I made it back, uncle Alek was waiting there for me. We hugged and he took pictures of me, as you can see I was completely exhausted by then. 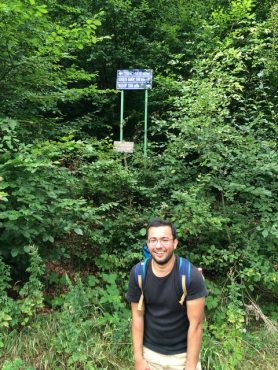 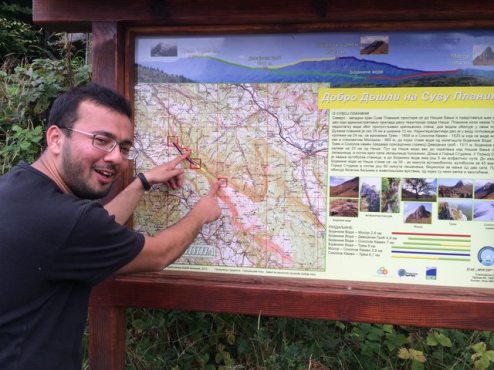 We got into car, I show him some pictures and then he started to drive. I was feeling down and round turns around mountains were not helping either. I put the remaining water on my face and that kept me from passing out. Uncle Alek figured the situation so he stopped the car at a tap. At that point I was so out of energy that I could even walk to tap, so he fill it for me. I drank it and he filled it several times and I washed my face and neck. Then I ate another croissant, now I was feeling way better. Pictures of me with a donkey and completely exhausted.

After getting back home, Aunt Biljana gave me sparkling water and magnesium tablets for later. Sparkling water really helped. I show her pictures of mountain and we talked about different things. Then she left for work and I went upstairs to take shower. Nothing better than warm shower after such long trip.

After shower I went to a nearby restaurant to eat something. I decided to try the things that the girl in bus suggested when I was coming to Niš. It is called Ajvar (cooked paprika with tomatoes and garlic) and Pljeskavica (Serbian hamburger).

I came back to house and sat in Garden, uncle Alek joined me and we drank a few beers and ate cookies and later Aunt Bijlyana joined. We talked about culture, food and songs. We shared songs from our countries on YouTube.

One awesome thing that I forgot to mention is that back in 2008, I made an online friend Stefan through stumbleupon.com I think. We were both young entrepreneurs making and monetizing website business. When I checked in my status that I am in Serbia, he contacted me on Facebook and we both agreed that we should catch up. He lives 60-70 kilometers from place I am staying.

We decided to meet tonight and he drove two hours with his two other friends to meet me. What a brilliant and friendly person. We hugged like bros. And guess what, I asked Aunt Biljana that can I invite them here and she said of course, your our son :). She also prepared tea for them. We sat outside in lawn under a clear sky and talked about good old times. We talked about different things and after an hour or so, they decided to go back.

When we were friend online, I was in Pakistan. Never in a million years, I would’ve thought that we’ll meet something in Serbia. Such a small world, eh? Here are pictures of me and Stefan and his friends. 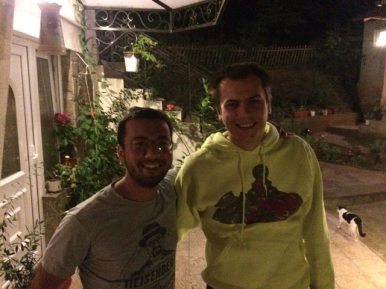 I walked with them to the car, said them bye and we hugged again like brothers. On the way back I saw clear sky full of stars. Life can’t get better than that I guess, warm people, warm weather, mountains and stars. I came back to house and said good night to Aunt and Uncle and went upstairs to sleep. Today was a day of satisfaction.

If you ever lose faith in yourself, go run a marathon. And if you lose faith in humanity, grab a cup of tea with a Serbian family. The faith will come back!