Day 6 started earlier than usual. I was in bus and it was 12 hours of journey. Last evening when I got into bus, it was warm so I left my jacket in the backpack which was in storage part of bus. It started to get colder towards the night. Anyway, again, I was the only Pakistani in the bus and one who couldn’t understand the language.

Last night, between 7-12, I slept several times. But at 12, I was awake. Bus made a stop somewhere in Serbia so we can freshen up and grab something to eat. At this time, I started talking to guy sitting next to me. He was from Montenegro but studying law in Niš. We talked about several thing and like any Balkan, he was very friendly. I took some timelapses at the stop. Later, bus resumed the journey and it started to get cold even further but I was holding just fine.

I slept again and woke up after a while. Look outside the window of bus and guess what? I saw the Milky Way, no shit. It was right there. I spent almost 1.5 month planning with Melih and Derya how to see it in one of the northern islands of Netherlands but couldn’t do it because of weather. I check the light pollution on the map of current location and it turned out to be really dark place. I sat like a kid with my nose pressed against window watching my neighborhood in this universe. I couldn’t take pictures of Milky Way with my phone or camera.

Then we stopped at the border for passport control and it turned out to be fairly simple. As we proceed further, it got so cold that I couldn’t take it any further and when bus stopped at gas station. I asked driver that I need to take out my coat. I got that and things got better. We proceed further towards Budva as the sun was rising. Some pictures I took from bus.

At 7:00 AM in morning, I was at Budva bus station. I grabbed a Berek and two black coffee and waited for next bus which was at 8:30. Took some timelapses and then bus came. I got into bus and I was Kotor at 9:15 or something like that. The moment I left bus, I knew Kotor was awesome. Some pictures I took on the way to Hostel 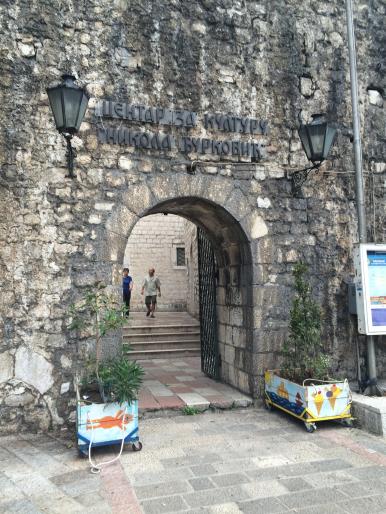 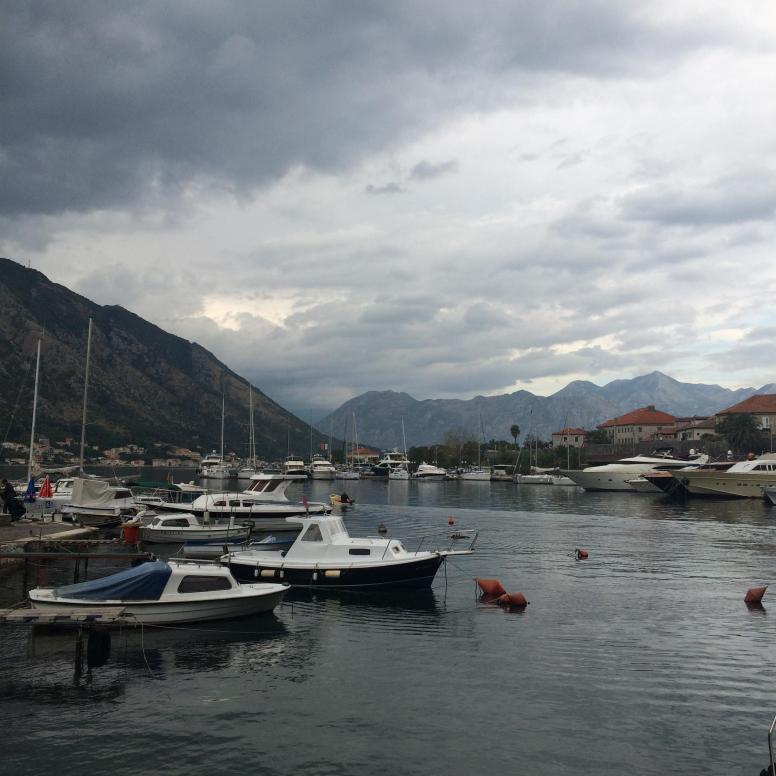 I went to the hostel and the guy at the checkout told me that I can drop my bag there and climb the nearby fortress. By the time I get back, I’ll be able to check in. Do I have to tell you that he was super friendly? I was really tired but I said whatever. I started the fortress hiking and met two British girls on the way who were doing cycling trip across Balkans. I took several picture on the way, 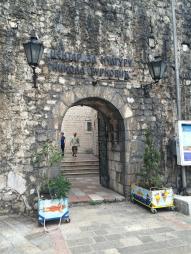 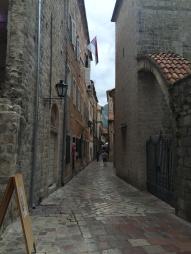 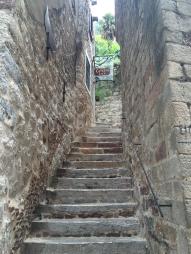 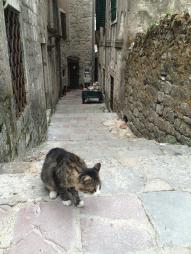 It took us 35 minutes to get to the top and view was amazing. We sat on top and talked about next journey. Carli suggested to go to canyons which are 200 kms from Kotor by renting car I said I am also in and they went ahead to figure car rental and I spent sometime on top. Some pictures I took from there 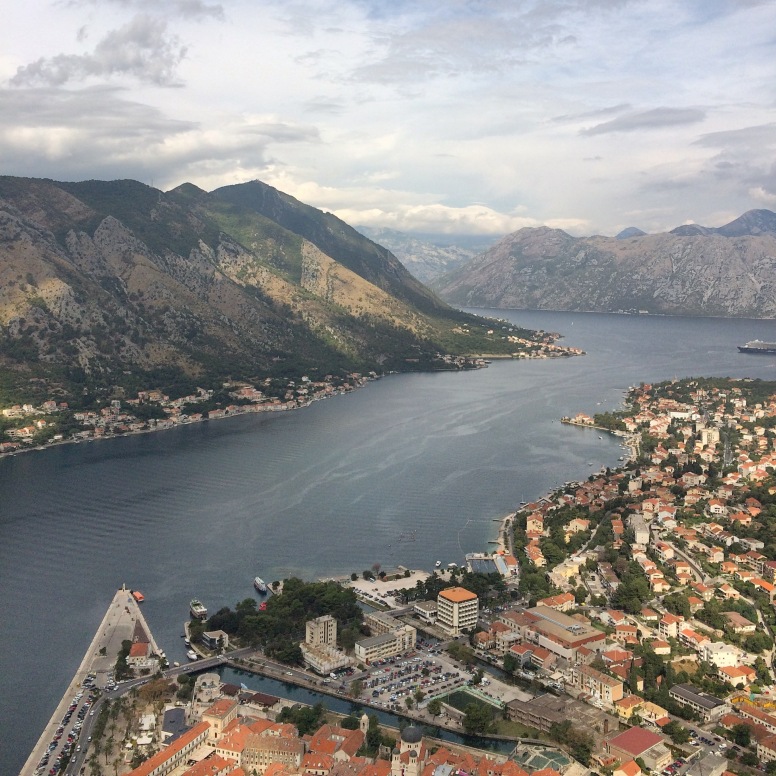 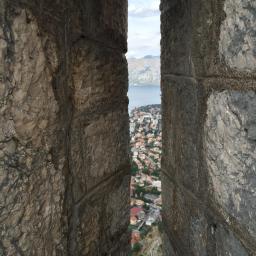 After that, I went back down with a different path and found some awesome places.I checked in Hostel and then went to grab something to eat. I ended up eating rather expensive grilled fish. But it was good,

After that, I called Carli and asked her about plan and they said they were still not sure because they couldn’t find a satisfactory rental place. I decided to rent a bike and roam around city. I got it from a nearby shop and started to cycle around. I stopped at several places to take pictures, 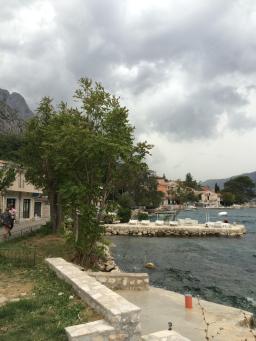 I got call from Carli that they have an updated plan which I couldn’t understand over the phone so I decided to meet them. I cycled back to market and they told that they were going to cycle and camp for 3 days. It wasn’t feasible for me so we wished each other luck and said goodbyes.

I went further cycling and checking the city. According to weather forecast, it was suppose to be a thunderstorm today at 4. I was around 7-8 kms away from Kotor at that time. Weather started to change at time and I decided to capture thunderstorm. I was a good and bad idea at the same time. Good idea because I captured some nice footage. Bad idea because I got stuck in thunderstorm. I ended up taking shelter in garden of a house where a Russian couple was staying. He didn’t speak English so we didn’t had meaningful conversation. One picture of thunderstorm

When the rain slowed down, I cycled back to bike rental place and returned the bike. Walked back to hostel and met a Dutch guy in my room. Talked to him for a while and then decided to take a nap. I’ve signed up for barbecue in hostel so I wasn’t worried about dinner. I slept for 2 hours and when I woke it was almost time to go downstairs. Went there and chat up with a guy from Germany and a girl from Netherlands. After barbecue, grabbed a few beers and then talked to different people. I decided not to go pub crawl as I was going to tour tomorrow morning and had to wake up 7:30. I went upstairs and slept and that marked end of another day.