The hostel I am staying at is called Old Town Hostel. It’s a brilliant place. They arrange different tours for very reasonable price. I had plans to visits Skadar lake and hike to mount Lovćen in two different days by myself, but it turned out that getting there by public transport is very hard. So I opted for this tour.

I went downstairs at 8:15, grabbed some croissant from nearby bakery and coffee from hostel. Our tour guide arrived and the group consisted of 7 people. A middle age couple from Brazil, two Irish girls, a Israeli guy, Felix (German guy I met last night) and me.

We got into the big van and started the journey. The road was in snake shape and the van was taking sharp turns again and again and that was causing our heads to spin. Our tour guide would give us information about places as we went further. After half an hour of drive, we entered Lovćen National Park. Lovćen mountain is a rocky black mountain which is the reason behind the name Montenegro (black mountain). It is said that you can see 60% of the country from top of mountain. After some drive, we stopped at one point which give panoramic view of Kotor. We took some pics. 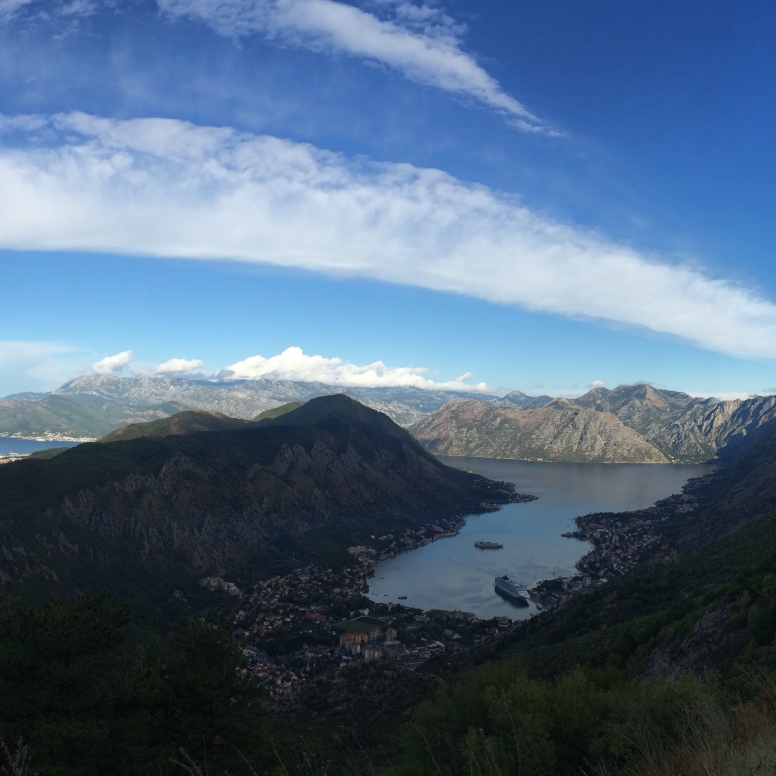 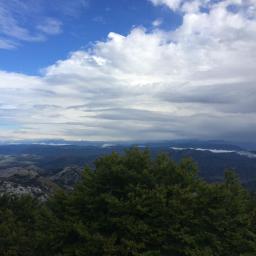 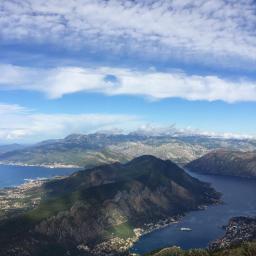 It was very cold up there and guess what? I didn’t bring my coat. We got into van again and reached the higher point and went into a restaurant at the following place. We had a Turkish coffee at the place and thanks to my curious nature I found a fireplace while roaming around the restaurant and we all enjoyed a warm room and coffee. Everyone talked to each other and we started to become comfortable with each other.

Then you have to climb a 461 steps up a stairs to Njegoš Mausoleum that sits at the top of its second-highest peak, Jezerski Vrh. The actual tomb lies below and a path at the rear leads to a dramatic circular viewing platform providing the same spectacular views. Here is a picture of me and the Irish girl cuddling with the statue

Then we went to the other side of tomb and what I saw was incredible. The mountains, villages, clouds, sky and sea. I can’t describe. According to our guide, from this point, we can see 60% of Montenegro. I took several timelapses there and after 20 minutes we decided to go back. It wasn’t cold anymore! 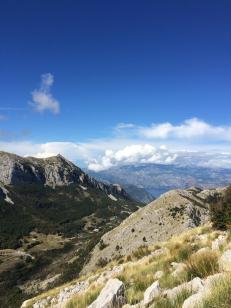 We got back into vans and started the journey again to Cetinje, old capital of Montenegro. We got there in 30 minutes or so. It’s only the smallest and cutest town with a lot of sightseeing and history. I won’t bore you with that, so let’s just take a look at the pictures I took 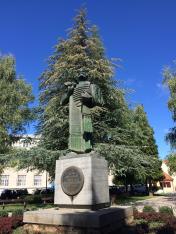 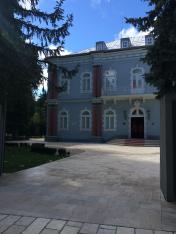 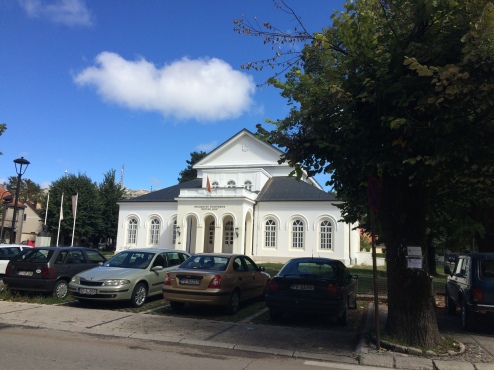 At this point, everyone was starving, so our guide took us to a place and suggested we try their specialty which is chicken steak stuffed with ham and has cheese on top. I ordered that with draft beer. It was delicious and that’s how it looked like,

I sat next to Israeli guy Eyal, we talked about Israel Palestine situation. I also talked to Brazilian couple. Apparently I was the first Pakistani they met and according to them I was a good representative.

Now we decided to move and visit Skadar lake. Lake lies on the border of Albania and Montenegro, the largest lake in the Balkan Peninsula. It is also known for bird sighting and has around 200 different species of birds and 50 kinds of fishes. Here are some pictures 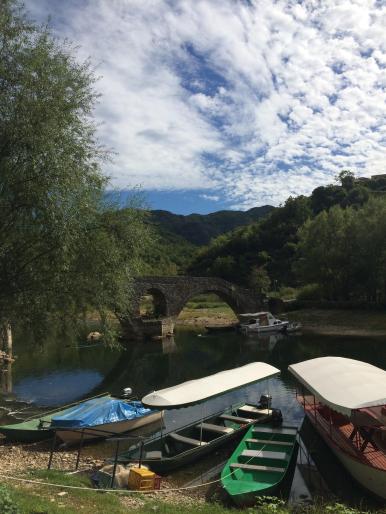 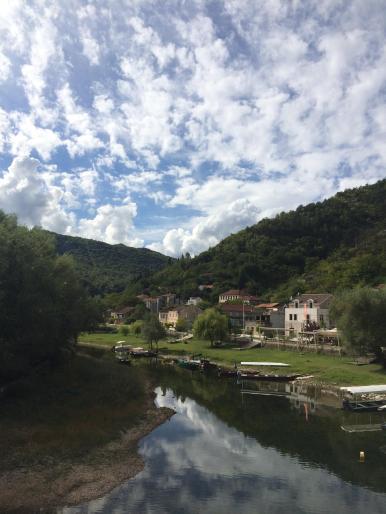 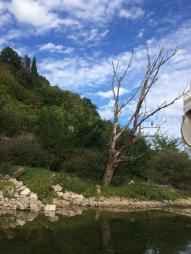 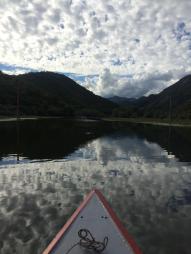 After the boat ride, we drove up to mountains to see the lake from top. The view we saw, lord that was amazing, see for yourself 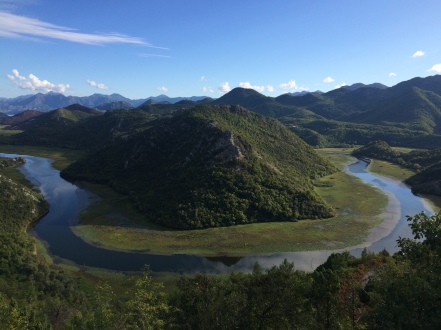 After that, our guide told us that he’s gonna take us to Budva and we resumed journey and went to Budva old town. He drove for quite sometime and on the way, we stopped at a place that gave us nice view of Budva.

After reaching Budva old town, our guide gave a bit of tour about places. And then we went to beach. Irish girls left for somewhere else, same with Brazilian couple. Me, Felix and Eyal sat down at beach and ordered beers and enjoyed the sunset.

After that, we decided to go back to hostel and after sometime, we got there. We thanked our tour guide for such amazing tour. Me, Eyle and Felix decided to get dinner at 9:30 pm.

We met on the time and started strolling around old town. Felix met two girls he met in bus again and we had chit chat with them. After not finding anything authentic, we ended up in Italian place. We ordered Pizza and it turned out to be good.

After eating, we took a small walk and then went back to hostel to crash in our rooms.

I met an American couple from Seattle who was staying in my room. They also turned out to be runners and guess what? We talked about running for sometime. After that I slept and that marked the end of another brilliant day.