Today was a very busy day. We had a bus to catch in evening to Makarska. And we had to explore the whole city. Me and Felix woke up early and the old lady at the house where we staying made us coffee. She was very sweet and talked about various things.

First thing we did was to get the bus ticket for evening at 19:00. Then we went back to city center and grabbed brunch at a small cafe. We got Čevapčići which looked like

I took several pictures some of which are, 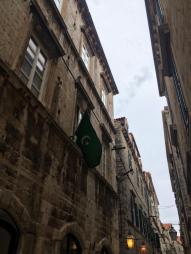 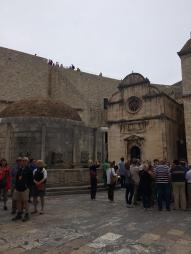 Later, we bought the ticket for city walls and took a long trip. Some pictures I took 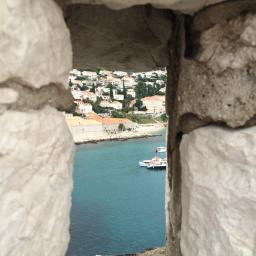 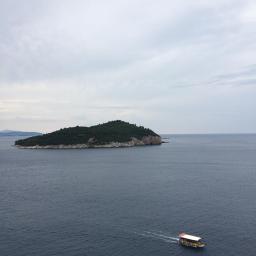 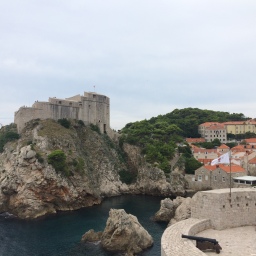 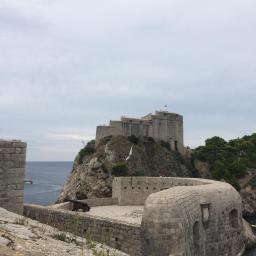 It took us 2 hours or so to finish the tour and then we decided to take cable lift to the hill that gives panoramic view of Dubrovnik city. We got the tickets and got into long queue. After 15 minutes of so, it was our turn. We got into lift with several people. We were on top in 5-10 minutes and we starting roaming around. Some of the pictures I took from there.

I spent sometime with my headphones on and chilled there. After 30 minutes or so, we decided to go back down and we got into lift again. After getting back down, we went to Fortress. It was amazing and I took several pictures there

Another hour or so and it was 17:00 already. We went to grab something to eat. There is this restaurant called Marco Polo that was recommended by girls at hostel. I ordered beef steak as I needed proteins 🙂

Afterwards, we went to hostel, picked our backpacks and went to bus station to get the bus. There at the station, I saw one of the most beautiful sunsets of my life. I stood there making timelapse for quite sometime and Felix was worried that we might miss the bus.

We got into the bus and there was this girl sitting behind me. I started talking to her and she turned out to be very friendly and smart. We talked about games, machines, robots, black holes, universe and life and what not. After 3 hours of drive, I almost fell sick. We got off the bus and I called my host that we have arrived. Her mother came to pick us. The apartment was on hill and was amazing from inside but also offered very nice view. Some pictures 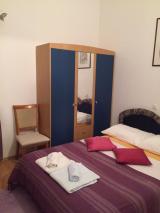 At this point, we were so tired that we took shower and went to sleep straight. Today was another awesome day and we were surprised how much we managed to do in one day.