I woke up early next morning, got ready and looked outside from balcony as it was raining. The view was so grey and sad that it looked beautiful.

A glimpse of Tromso. I took this photo from my balcony today, it's raining and windy and cold. I arrived at 6 PM yesterday but it was night here already. There was a flood here so I couldn't do anything. Most probably I won't be able to see Aurora in this trip. #natgeo #natgeotravel #gopro #norway #europe #travel #traveling #travelgram #tromso #arctic #universetoday #alluring_places #discovertheroad #gopro

I decided to go to Tromso city center to eat something and to figure out what are the options. So I went out in a drizzle, and I went through wet streets of Island where I was staying. It was very refreshing and beautiful out there. I went to the bus stop which was really unique. Some pictures 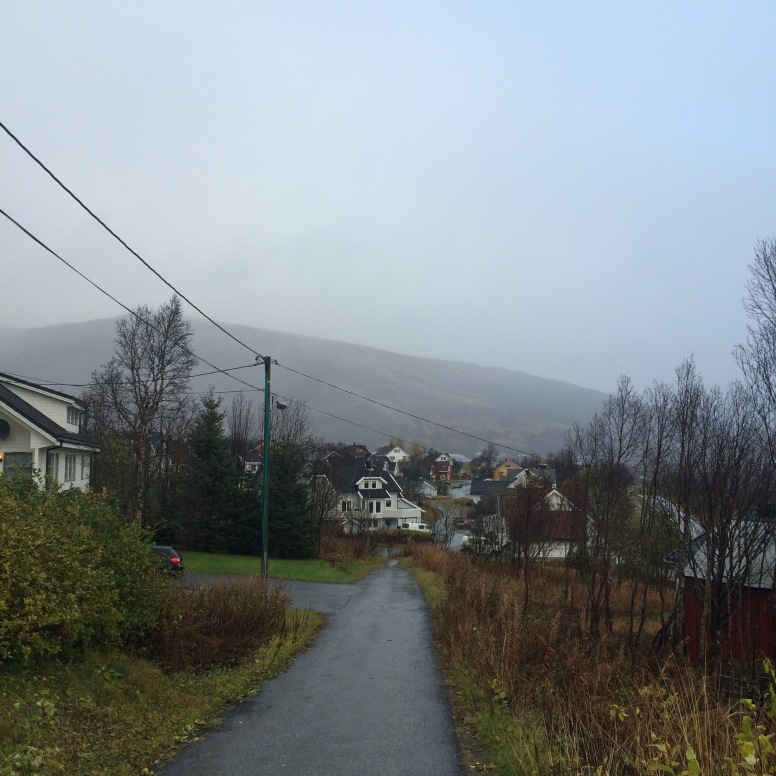 I got into the bus, got the ticket and asked bus driver if he can let me know when the city center arrives, to which he said yes. After 25 minutes or so, I was in city center. I got off and looked around. All the restaurants were full even though it was just 12 PM, but then again, there were not too many options. I saw burger king and went in. I ordered coffee, and chicken crispy burger.

I didn’t had much expectations with Burger but when I saw it, it was over cooked and when I taste it, it turned out to be the worst burger of my life. I remembered how awesome was the burger that I made at home 2-3 days before leaving. I ate it anyway and then went out. I walked around the docks as it drizzled. Weather looked depressing, one picture I took,

Taken at 1 PM. I am sure this place would be beautiful when sunny! #travel #traveling #travelgram #natgeo #natgeotravel #gopro #universetoday #alluring_places #discovertheroad #arctic #tromso #norway #europe

Then I decided to go to Tourist Information Center, it’s called “Visit Tromso”. There I met two Indian girls and talked to them briefly about their plan for Northern Lights. Then I went to counter and asked the lady about Northern light and she suggested that I take the guided tour. They will try to find a spot where I can see them. I signed up for one. She was very chatty and when I told her that I come from Pakistan, she said that I have very fair color to be Pakistani :D.

The tour was supposed to start at 6:15, I had around 4 hours to kill. I decided to walk in city again but it started to rain and I ended up in a cafe of a hotel. I ordered coffee and sat next to a girl. She looked American so I thought it would be safe to talk :). I started conversation with weather and then we talked about different things like weather, it’s effects on human, human psychology, education system in our countries and various things. She was from Milan, Italy and was there for a conference. We talked for like an hour and then she had some things to finish related to work so she said goodbye. I spent another few minutes inside and then decided to take walk.

I walked in city here and there for an hour or so, and ended up at another coffee place. I got coffee and sat there for an hour. The girl at counter started talk to me that what I was doing here and where I came from. She was from Oslo but moved to Tromso a year ago. After killing some more time in cafe, it was almost 6.

So I decided to walk to tourist information center because tour was supposed to start from there. I saw two people standing close to information center, so I went there and started taking to them. The lady was from Australia and she was traveling with his son who was like 13-14 across Europe. They were also waiting for the tour, I asked them which tour they were joining and they told me “Chasing the green lady” tour and I told them that’s the one I was joining. At 6:15 the tour guide was there with his Van. Another Spanish couple joined us so we were a group of five people plus driver.

I asked driver if I can sit next to driver and he said sure. He told me that chances were very slim to see the light but we’re gonna try anyway. He told me that we will go all the way to Finnish border and see if we get lucky. We drove on The Northern Lights Route for 2.5 hours. Some times, roads were completely dark and even so foggy that you can’t see anything 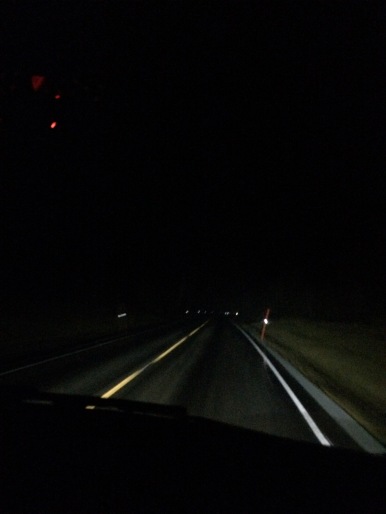 We stopped at 2 places during drive to see the situation of clouds. I kept an eye out on sky to see if there were stars visible. I would told guide if I saw any stars and he’d stop to see. We stopped at Finnish border and it was a complete dark place with no artificial lights. We sat there and waited for something to happen. Lights were visible in long exposure camera shots but not so much with naked eyes.

And then they appeared, for 5-6 seconds. We could see green light on sky briefly. It was brilliant. It was a dream come true. It gave me hope. Gave me energy and warmth. There were no chances to see the lights today but I still manage to see it :). Some pictures,

After three hours of drive to middle of nowhere, I present you Aurora Borealis somewhere at Finnish border. Right next to a lake, with no one around except for stars and cold wind. That's my kind of Saturday Night Party! #aurora #northernlights #travel #traveling #travelgram #gopro #natgeo #natgeotravel #universetoday #alluring_places #discovertheroad #tromso #norway #finland #europe #adventure 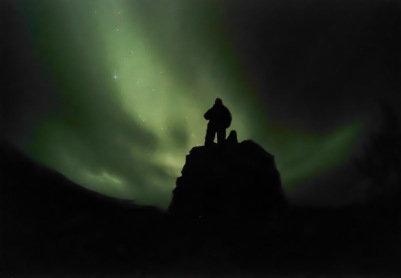 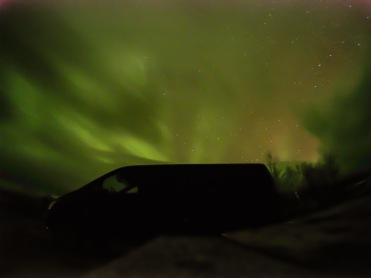 After spending an hour or so, we decided to go back to Tromso. Now one problem I had, night buses from Tromso to Kvaløya are not very frequent and it would take a lot of time for me to get there. I told this to my guide and he said that I am lucky as he lives on the same Island :). Again having no plan turned out to be the best plan :). He dropped the rest of the group at their hotels in Tromso and we went to Kvaløya. He dropped me next to my place. I thanked him for the great tour and lift to home.

I went back home, changed clothes and crashed on the bed feeling happy, excited and hopeful. After a day full of rain and cloud, I still got lucky. Even though very briefly but still 🙂