On my second day in Tenerife, we were supposed to leave for a hike. How cool is that?

We were going to hike in Anaga Rural Park. The Anaga Rural Park occupies much of the mountainous massif located at the north-eastern end of the Island of Tenerife. With an area of 14,419 hectares, it is a substantial part of the Island of Tenerife and includes parts of the municipal districts of La Laguna, Santa Cruz de Tenerife and Tegueste. This is a steeply-sloping area with exceptional natural and cultural treasures, which has landscapes of great harmony and beauty, the fruit of the coexistence of the human being and nature in a rugged territory. It’s a protected area and you need permit to visit the park. Jaime’s dad had taken the permit already.

So we woke up at 7:00 AM in morning, took shower and went upstairs to Jaime’s parent’s place to get breakfast. I ate bread with butter and some local cookies that were awesome. After that, we got into cars and Jaime’s dad started to drive.

After 2-3 kms, we stopped at a patrol pump to fill gas and get some bread. Later 3 more people joined us for the hike. So now it was 2 cars, 9 people and 1 dog. Weather was still very hazy and the surrounding looked like a place from another planet.

So now that we were altogether, we started the journey again and after sometime, we reached the place where we were supposed to start the hike.The dog was so excited when we started the hike, he was literally jumping back and forth and going from one person to another. We started hiking on a very narrow trail with cactus on both sides, 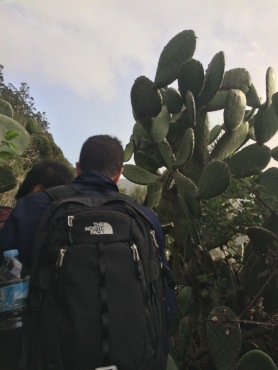 Narrow trail with cactus on both sides

Then we continue the hike inside the forest coming across stunning plants and views, some which are

After sometime, we exit the forest and came across a place which offered nice view of valley down there and some mountains around. We sat there and prepare sandwich with bread and tuna. They tasted so awesome. After a few minutes, we started the journey again and came across the most wonderful part of hike. Some of the pictures are, 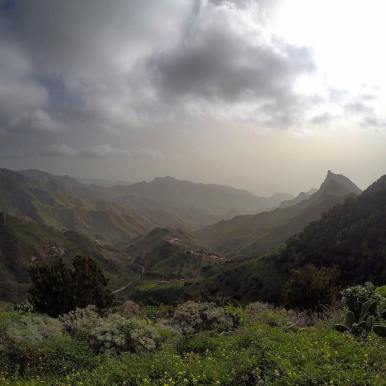 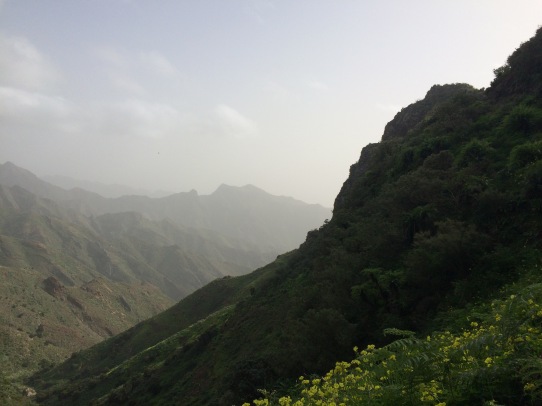 We entered forest again, this time I chose to be behind the group to feel more connected with nature. I walked silently the whole time and enjoyed the view. More pictures, 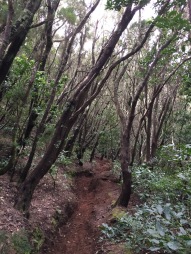 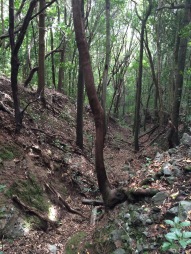 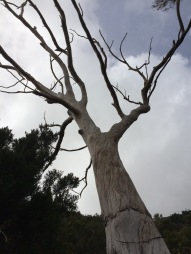 After the hike, Jaime’s dad decided to take us to a restaurant for lunch, somewhere in mountains that offered a nice view. After driving there for 40 minutes, we reached there. It turned out that the place was closed. At that, I was feeling motion sickness as we were driving around mountains for a long time. We decided to go to another place and fortunately it was opened. I don’t remember the name of place but it was a very Spanish place with all local people. We ordered beers, tapas and roasted pork. It was awesome,

I had siesta on way back home in car and when we reached home, we spent some time taking shower and resting a bit. After that, we went downstairs again to the bar and had beers. I also ordered sandwich as I was feeling hungry again. Then after sometime, we went up to sleep. That was another very happy and satisfactory day of my life.