So today we woke up to a rain which according to Jaime was a good thing as it will help with the dust. Jaime wanted to take us to West of Island. We woke up early, had breakfast upstairs and then went out. By the time we were done with breakfast, it was sunny

We went outside, got into car and Jaime started driving towards West, it was a good sunny day. But as we went further, it turned out that it’s raining over there. Jaime decided to go to North, we turned the car and it got sunny again. And when we proceed towards North, it got rainy again, so rainy and foggy that we couldn’t see anything 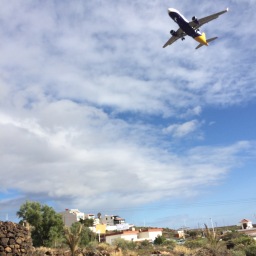 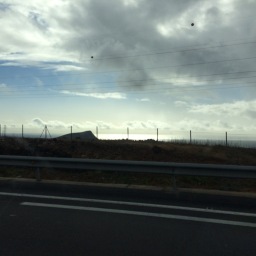 Its raining a bit West 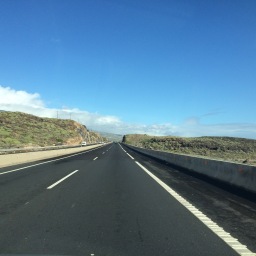 We turn around its sunny again

Its raining in North

Now Jaime said, we’re going to Capital. We went there, found the parking and went to a restaurant to eat some stuff, we ordered beers and baked potatoes and kroket. It was awesome

From there, we went to a near by open market, walked around and ended up near a beach, some pictures I took there 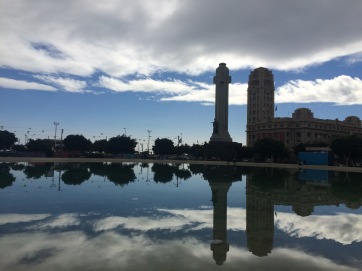 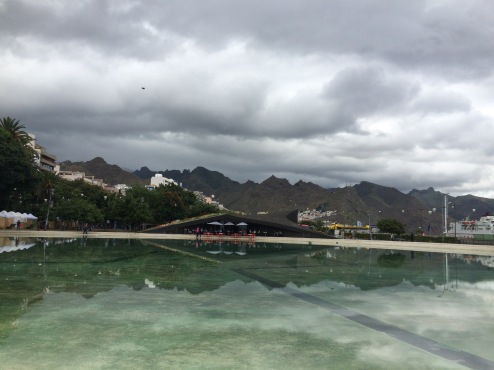 Now we decided to go back to El-Medano, places where Jaime lives, on the way to parking, Jaime took us inside a building where they have these mini sculpture from Jesus’s time 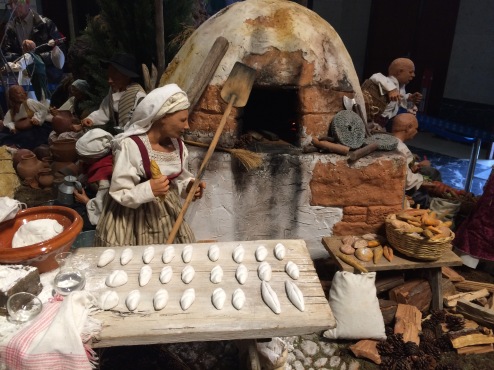 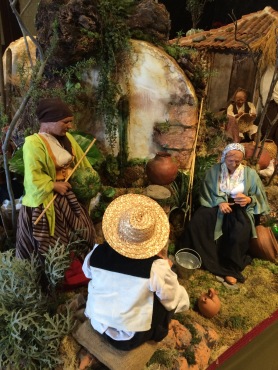 So we came back to El-Medano and guess what? It was sunny again

to this in less than 45 mins

Then we went back home and had siesta :), after sometime, we woke up and me and Jaime decided to go to the nearby small mountains Bocinegro and Roja that are visible from his balcony.

First we went to Bocinegro and spent only a few minutes there, one picture I took

Then we went to Mont Roja, I had a very hard time keeping up with Jaime, as I had terrible pain in my back. Finally, we reached on the top and it was a very nice view from there, we sat there and waited for sunset and saw people take 1000s of selfies while missing out the beautiful sunset. Some pictures I took there 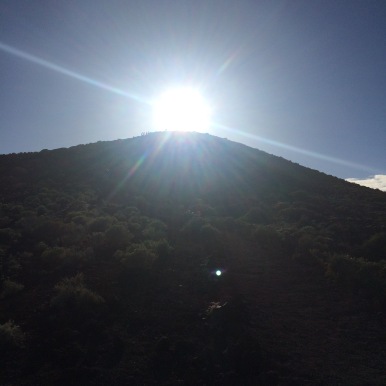 Today for the first time, mount Teide was visible as the weather was nice. It ignited a strong desire in my heart to visit the mountain tonight. I told Jaime that weather is clear and instead of tomorrow evening, I want to climb Teide tonight. He wasn’t sure if I should do that after seeing my progress on this small mountain but I insisted. He said, let’s talk to my brother and see what happens.

We spend time there and saw sunset. Some pictures, 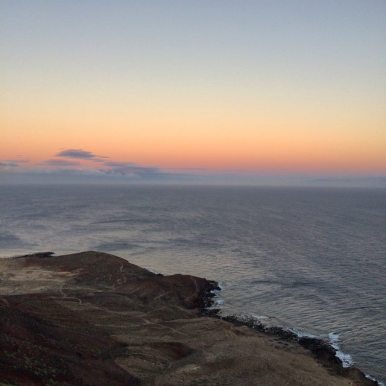 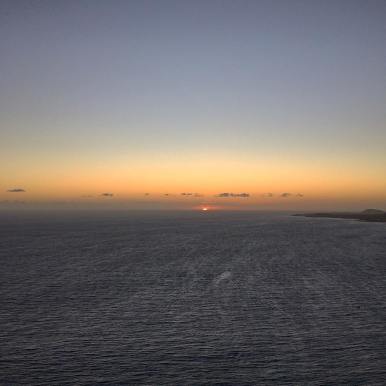 After sunset, we started to go down from mountain and on the way back, it was also a brilliant view, I took several pictures 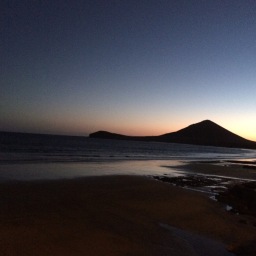 When we reached Jaime’s house, I went to take shower and Jaime went upstairs to discuss plan with his family. The details come in next chapter.